Hundreds of concerned citizens stopped by to express their support for building The Museum of Political Corruption. 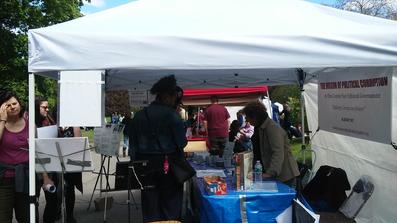 The first annual Nellie Bly Award for Investigative Reporting was a tremendous success!  On November 16th, 2017 we honored Susanne Craig of The New York Times as the first recipient of this award. The event  included an elegant reception and an award ceremony, followed by a roundtable discussion on "Government and the Media." Participants included Susanne Craig, William K. Rashbaum and Kim Barker of The New York Times, Rex Smith, Editor of the Times Union, and John M. Caher, Senior Advisor for Strategic Communications with the New York State Unified Court System. The panel was moderated by Capital Pressroom radio host Susan Arbetter.  The event was attended by over one hundred people, including elected officials and other community leaders. The great success of this event will certainly set the bar high for next year's Nellie Bly Award! 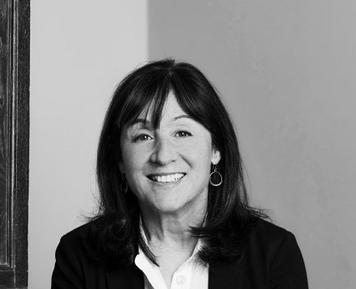 The fight against political corruption is being waged by organizations throughout the world. Click on the link below for a listing of many of these groups.  We hope you will wish to engage with these groups and support their efforts.

EXTERNAL LINKS TO OTHER ORGANIZATIONS IN THE FIELD OF CORRUPTION CONTROL

On November 29th, The Museum of Political Corruption and its Center for Ethical Governance hosted its 2nd annual Nellie Bly Award for Investigative Reporting. This year, the MPC honored Jodi Kantor and Megan Twohey of the New York Times for their groundbreaking reporting on the #MeToo movement. The evening included an elegant reception followed by an engaging roundtable discussion.

the selection process is underway for our 3rd annual Nellie Bly Award winner to be announced on May 5th, 2019!

The Museum of Political Corruption, a 501(C)(3) nonprofit, nonpartisan institution, is committed to empowering the public by offering a better understanding of political corruption, detailing its history, and encouraging solutions that promote ethics reform and honest government.

Our Round table Discussion and Public Forum on Political Corruption was a Great Success! ​

THE MPC in the news

The Museum of Political Corruption is honored to name Jane Mayer, Chief Washington Correspondent for The New Yorker, as the 2020 winner of the Nellie Bly Award for Investigative Reporting.  Mayer is the author of the New York Times bestseller Dark Money: The Hidden History of the Billionaires Behind the Rise of the Radical Right.  She is the recipient of numerous honors and most recently was awarded the Frances Perkins Prize for Courage.

“Jane Mayer’s tough-minded and honest journalism is a model for investigative reporters everywhere,” said Rex Smith, Editor-at-Large for the Albany Times Union and a member of this year’s selection committee.